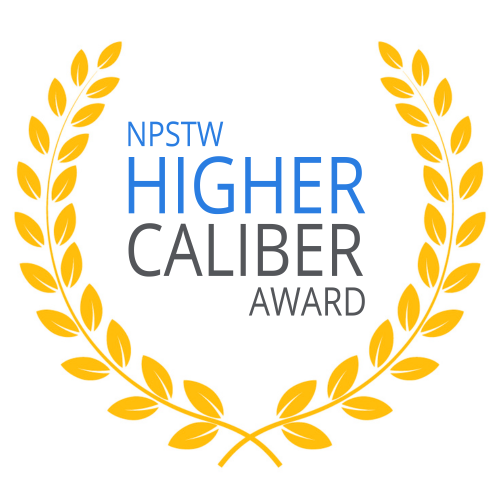 Every year during the second week of April, the telecommunications personnel in the public safety community, are honored. This week-long event is a time to celebrate and thank those who dedicate their lives to serving the public. It is a week that should be promoted so that everyone can be made aware of their hard work and dedication.

This year, we asked you to help us highlight some of these amazing individuals by submitting them for the Higher Caliber Award. All nominations were entered into a random drawing for our grand prize and the selected submission was Stacy Williams of the Harford County Department of Emergency Services, MD! As the winner, Stacy will be receiving a brand new, engraved Apple iPad from Caliber Public Safety. Check out Stacy’s submission below, along with some honorable mentions:

“Stacy is a 25-year veteran dispatcher and always goes above and beyond in helping her colleagues with running information through CAD and NCIC, and has a vast knowledge of all things in dispatch. She continues to go above and beyond not only for the field providers and dispatchers but for CAD support. Stacy continues to assist in troubleshooting issues, and reports and spends time with our team in helping us understand what happened when issues arise. She is also my go-to for bouncing ideas off and being able to give a user perspective that assists our team in the development of CAD and providing feedback to the vendor. Stacy has always been a robust user of CAD and has been able to develop a style of using new CAD10 functionality and not only shares that knowledge with colleagues, but helps our CAD team in the implementation of new functions and the fluid changes that we have encountered in the last several months, and are currently continuing to implement.”

“Greg was promoted to Deputy Director in May of 2020 during the initial onslaught of COVID. At that time we were already very short-staffed, and we constantly had “close contacts” that needed to be off. Greg continued to fill in on the console to make sure that we were meeting the minimum staffing requirements that were in place. Greg continued to fill in on any shift through 2020, 2021 & early 2022. That is just part of the story.

What really sets Greg apart and why he deserves this award is because of the hiring process that we did in 2020. We were 5 people short (with a staffing level of 20, so down 25% of our staff). Greg reworked the bulk of the hiring process in order to attempt to hire the best candidates. This was Greg’s first time running the process and he did some different things including for the first time using a hiring website. This move ended up working out incredibly, we had approximately 400 people apply for our open positions. We ended up testing over 130 of the 400 people that applied, the testing was an incredible feat because we could only test 1 person at a time (due to COVID), we had to test people 12-16 hours a day for about 3 weeks to get everyone in. Out of the 5 people that we hired, 4 still remain. Due to how Greg changed up the hiring process, we have only lost 1 person in the last year. This is incredible in today’s work environment. Over the last 2 years, Greg has put a lot of effort into changing the culture of the 911 Center. Again, this is shown to be effective due to the fact that we have only lost 1 person in the last year.”

“Lindsay always goes above and beyond when acting as that first line of communication / the first, initial responder. The way she handles herself when dealing with high stress situations is remarkable. Not only does she provide a professional yet caring voice on the other line, she always works to be that effective line of communication between the caller and the first responders headed to the scene. Lindsay represents her agency well being the initial contact for callers who many times are experiencing some of the worst moments in their life. She is an asset to Stokes County NC and we are blessed to have her as part of our team and Stokes Co Emergency Services family!”

“PCO II Denise Jaskulski in the last months has proved to be a very important of part of our communication center, She has had several calls that were very serious in the matter. Through her professionalism and experience PCO Jaskulski handled all her calls as if she was on the scene herself. She always checks on her officers welfare and that they go home every night.”

“At approx. 2215 hours, PCO II Coleman overheard radio chatter on the MDTA channel of a possible 10-50 on the EB span of the Bay Bridge. She immediately scanned the EB bridge cameras, as I was too, and both of us did not see anything. MDTA units confirmed this at about 2220 hours.

Approx. 2225 hours, Queen Anne’s Communications radioed MDTA Bay Bridge about their paramedic unit which had seen a gray SUV on the EB span with its’ hazard lights on. As the paramedic was approaching main span (the highest part) they could see a female subject walk back from the railing, get back into their vehicle and sped off the bridge.

A MDTA unit then radioed and advised they had stopped a vehicle earlier matching the description and those letters (unsure which ones) but nothing seemed abnormal.

Approx. 2240 hours, PCO II Coleman told me there is a vehicle with its’ hazards flashing on the EB bridge at the main span. She immediately radioed MDTA units.

Just as two MDTA units were pulling up to this vehicle, it began moving. Radio traffic advised this was the same vehicle from earlier and most likely the same one the paramedic unit witnessed. They following the vehicle off the bridge and on my way home I saw a MDTA police unit still with the vehicle.

It is my firm belief that PCO II Coleman assisted with preventing a suicide attempt. Had she not been viewing the cameras at that time, MDTA may not have been notified as quickly and been able to interrupt any suicide attempt. Fortunately this time, a tragedy was averted.”

“Coming from a strong family background of public safety servants (father a retired fire captain, mother a State Police Trooper, and many relatives also currently serving and retired), it was no surprise when Michael applied for an open position at MECC. Though, I have to admit I was cautiously optimistic, worried his intentions may be to use MECC as a mere stepping stone for a police and/or fire career (an all too common intention by applicants). However, during his interview Michael made it clear he wanted to take a different career path than his family, expressing his passion and desire for a profession in 911 Emergency Communications. Since being hired as a PST in March of 2019, PST Heinz continues to meet and exceed my expectations on a regular basis. Graduating from the 49th Massachusetts PST Academy in June of 2019, PST Heinz hit the ground running by completing all MECC operational training requirement in record time. PST Heinz continued to advance his career by volunteering for and achieving certification as a CTO in November of 2020 and is currently MECC’s lead trainer in fire operations. PST Heinz has been recognized and commended for his outstanding performance and teamwork in numerous critical, high stress events, including multiple structure fires, a stolen vehicle, and a homicide investigation to name a few. Needless to say, PST Heinz is the epitome of a selfless, dedicated and exemplary employee who always goes above and beyond and never settles for his present level of achievement. PST Heinz is highly regarded by his peers and MECC administration alike, and I am confident I speak on behalf of everyone at MECC in strong support of this nomination.”